“[Jiva Dance] make the movement of the cosmos visible on a human scale.”
– California Literary Review

Jiva Dance is a critically acclaimed dance company based in NYC. Jiva Dance is under the artistic direction of Sonali Skandan and sees the importance of preserving and promoting the traditional arts, while developing new and universal narratives that reach us all. Jiva Dance holds the belief that tradition is a continuum of evolution and hopes to invigorate classical works with a freshness and unique voice.They have presented at Universities, Colleges, and Festivals across the US and internationally to much acclaim. Their debut dance film, ‘Urban Nritta,’ has garnered much attention, and was an official selection for the 2017 New York Indian Film Festival.

At an intersection of dance, music, literature, philosophy, sculpture and spirituality, the Company creates adaptations and reenergizes classical pieces to incorporate innovative light design, staging and multimedia with the belief that Indian classical dance is a holistic art form, and the art is not fixed but is in fact continually evolving.

“…sharp control and stunning speed culminate in ecstasy…Skandan’s choreography here has a followthrough of motion that is somehow natural yet tense with the pull of mystery.”
– NYtheatre.com

Jiva Dance, the professional dance Company of Jiva Performing Arts, has received considerable recognition in the press and has been recognized as a leader in the arts. Jiva was invited to bring classical Indian dance to the Joffrey Ballet School roster for the first time in its 63-year history. Jiva Dance presented work in major venues in the US, becoming the first Indian Classical dance company to be presented at the prestigious Victory Dance Series at the New Victory Theater, the first Indian Classical company to be part of the CUNY Dance Initiative (2017 and 2018) at Queens College, as well as performing for Juilliard’s new online educational program. Jiva Dance was also featured on NBC Learn, in a short documentary titled “Why We Dance.” Jiva Dance’s first dance film short, ‘Urban Nritta,’ has received much attention, and was an official selection in the 17th NY Indian Film Festival. Jiva has been the recipient of two Lower Manhattan Cultural Council awards in past years and a total of four consecutive grants from NYSCA, and receives ongoing private donations to continue its work from its supportive patrons and community base.

Sonali Skandan is a passionate and accomplished disciple of Bharatanatyam and one of the emerging artists of the younger generation based outside of India. She is a student of the renowned Professor C.V. Chandrasekhar and Bragha Bessell and Indira Kadambi of Chennai, India and is under the mentorship of Maya Kulkarni. Sonali has presented solo and group Bharatanatyam in prestigious venues throughout the US, Canada, Europe, UK and India, and has choreographed three full-length productions to critical and audience acclaim.

“The interplay of the sculptural and rhythmic aspects of Indian dance was compelling…riveting”
– Alastair Macaulay, The New York Times, August 2015

“[Skandan’s] charisma on stage permeated every piece and drew the eyes of the audience as she shifted her gaze in conjunction with the movement. The five dancers that performed as part of Jiva Dance were all convincing in their commitment to the dance’s precise structure…”
– Annie Woller, Eye on the Arts, Sept. 2014

“…technical precision and geometric skill…” – Alastair Macaulay, The New York Times, August 2012 “It is this devotional aspect of Indian dance that latter-day choreographers tend to emphasize, as did American Bharata Natyam practitioner Sonali Skandan with a section of Swarupa: Infinite Form, a meditative ensemble piece less to do with the gods than with our worship of them.”
– Apollinaire Scherr, Financial Times, August 2012

“The choreography – full of statuesque balances and sharp lines formed by the arms – was attractively modest and had simple but powerful geometries…”
– Ryan Wenzel, DanceTabs, August 2012

“The ensemble performed three works, of which the most vivid was perhaps Shadjam, a vignette that depicted a group of girls preparing for a visit by Shiva, in his lover-man guise. As they combed each other’s hair and praised each other’s beauty (in mime), I could see the next group preparing in a tent off-stage, busy with similar tasks.  For a moment, art intermingled with life.”
– Marina Harss, TheFasterTimes.com, August 2012

“Sonali Skandan and Jiva Dance are very much a part of New York, bringing their own sensibilities to the ancient dances of Bharat Natyam.”
– Lavina Melwani, Lassiwithlavina.com, August 2012

“Skandan’s sharp control and stunning speed culminate in ecstasy…Skandan’s choreography here has a followthrough of motion that is somehow natural yet tense with the pull of mystery.”
– NYtheatre.com, August 2011

“Two of this year’s most impressive pieces came from companies specializing in narrative dance, and their energy, discipline and passion bodes well for the future. Choreographer Sonali Skandan pays close attention to the details (wherein God resides, according to the old adage). Small, subtle movements are as much a part of the story as the large angular and sinuous shapes created by colorfully clad limbs in motion. Eye gestures, smiles of irony, and wistful tilts of the head make the movements of the cosmos visible on a human scale.”
– Ethan Kanfer, “Life After Fringe: Two Dance Companies to Watch,” California Literary Review, August 2011

“The entire event was a well choreographed production and showcased the artists in a unique manner…kudos to the artists for creating something new and beautiful without compromising the quality of the art.”
– Ranjani Saigal, Lokvani.com, September 2007

The Four Horsemen (2019) World premiere in March 2019 at Dixon Place, NYC. An evening-length dance production that explores the human metaphors of the four horsemen of conquest, war, famine and death, through the very real stories of female protagonists. Challenging the notions of Indian classical dance content and technique, these intimately relatable stories bring the never-ending cycle of despair and hope vividly to life.

Mayura:Blue Peacock (2014)
The evening-length work uses classical poetry and literature to weave vivid images of the peacock from Indian myths and legends – from the powerful ancient Mayil Virutham which praises the peacock as Lord Muruga’s vehicle, to the lilting epics of Kalidasa describing the peacock in the rains, as a reminder of Ram’s longing for Sita, to the love songs of Andal and Mirabhai. Original music score by Rajkumar Bharathi.

From Heaven and Earth (2011-2012)
A selection of solo items where the earthly become the divine, where ritual and daily life merge, and the Gods and Goddesses walk the earth. Sonali presents classical pieces and original pieces with the theme of devotion and desire as their crux.

Swarupa: Infinite Form (2011)
Through the poetic movement and storytelling of the Indian Classical Dance form of Bharatanatyam, we encounter the dynamic forms of Shiva – from his dance of bliss to his dance of anger and destruction, to the love, longing, desire, and devotion felt by all those who seek him. Swarupa is an evening-length work that presents a suite of solos, duets and dynamic group pieces that speak of the all-mighty dance of Shiva – and the fear, joy and love that he manifests through his dance. The result is a richly evocative and soulful experience of classical music and dance.

Rasa/Laya (2009)
Rasa, or flavor, mood and Laya, or rhythm combine in a joyful expression of group dance where classical items are presented in dynamic group formations and interactions.

‘Bharatanatyam in a Modern World’ (2017) by NBC Learn – Jiva Dance was featured in a vibrant video featured on NBC Learn’s educational portal, featuring music by Bala Skandan and Akshara. http://nbclearn.com/portal/site/learn/cuecard/110980

Websites
For information about the company, visit: www.jivadance.org 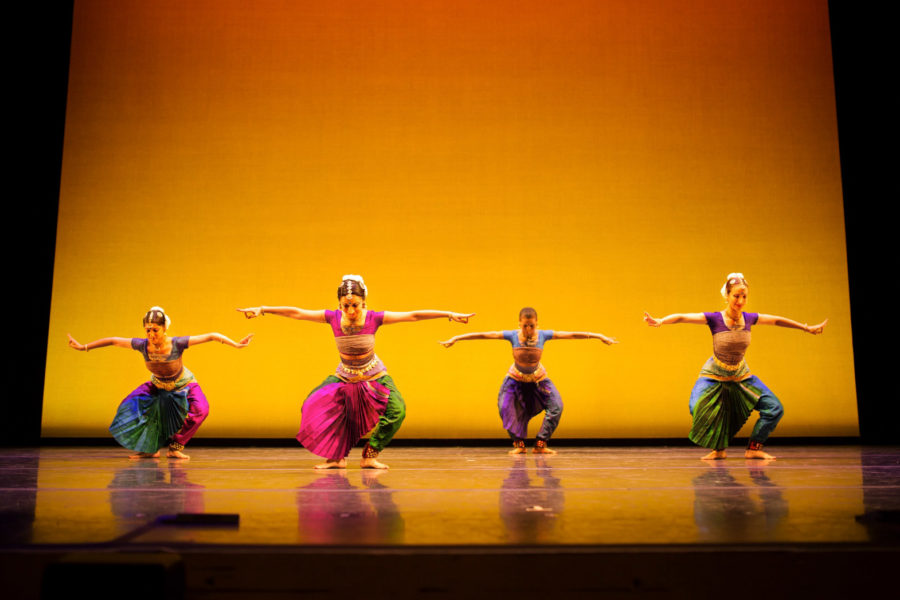 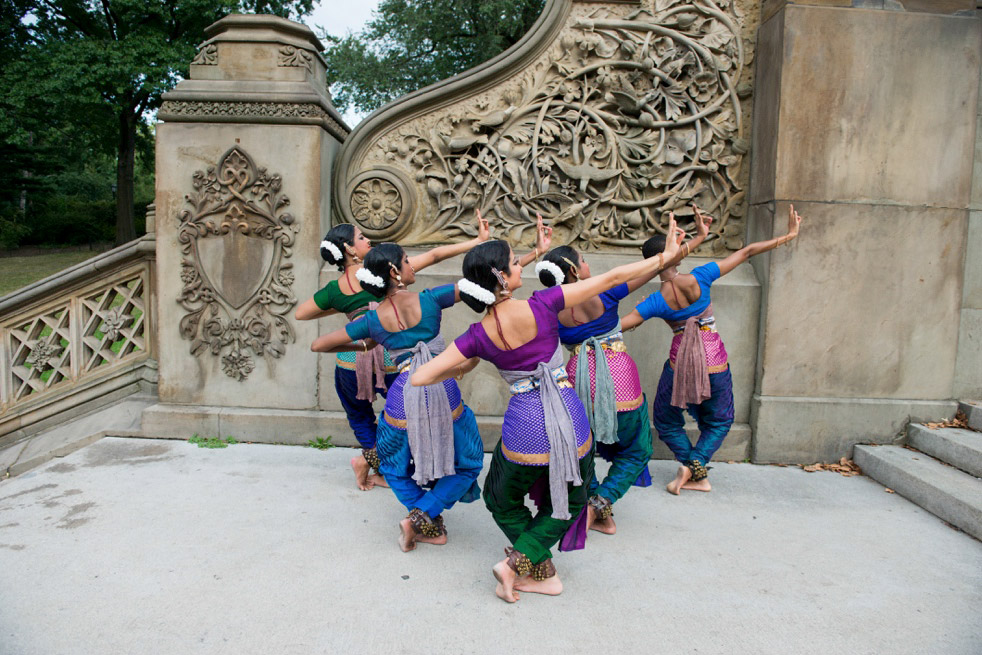 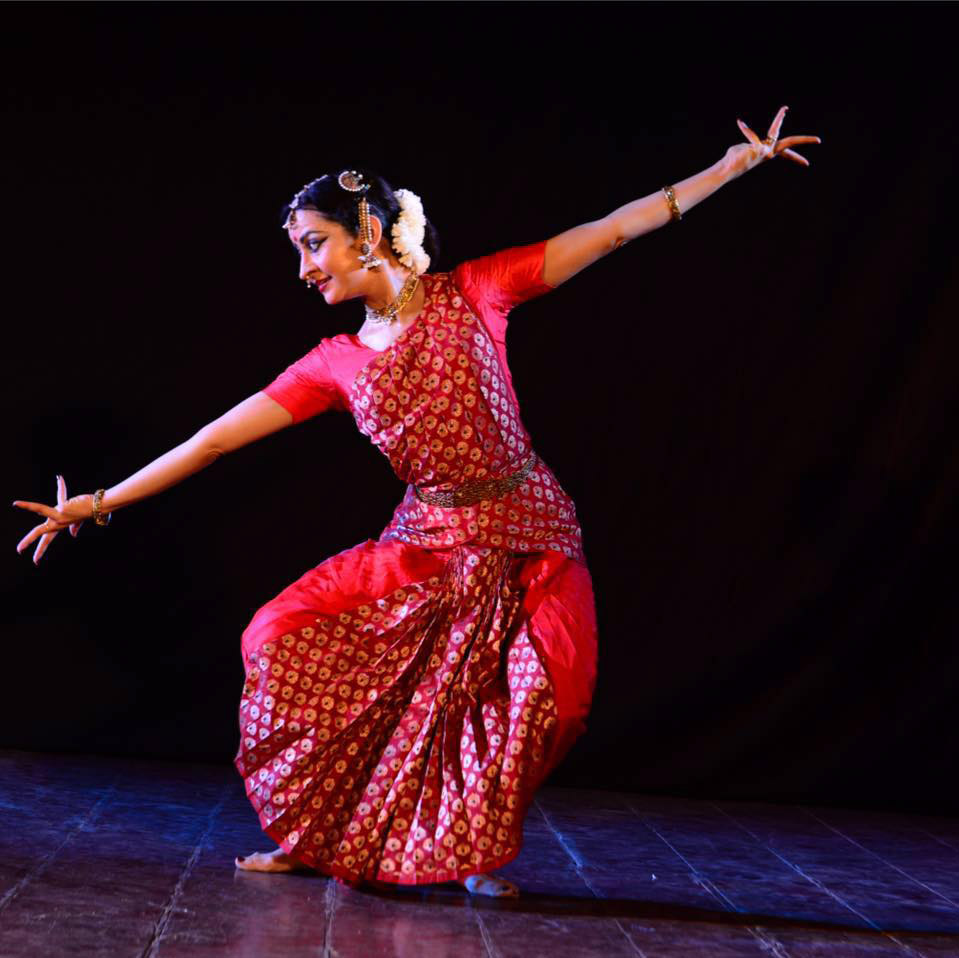 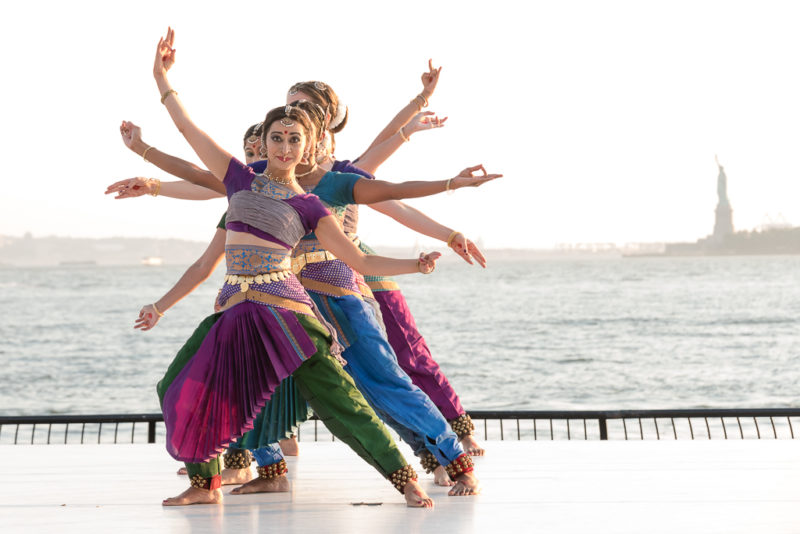 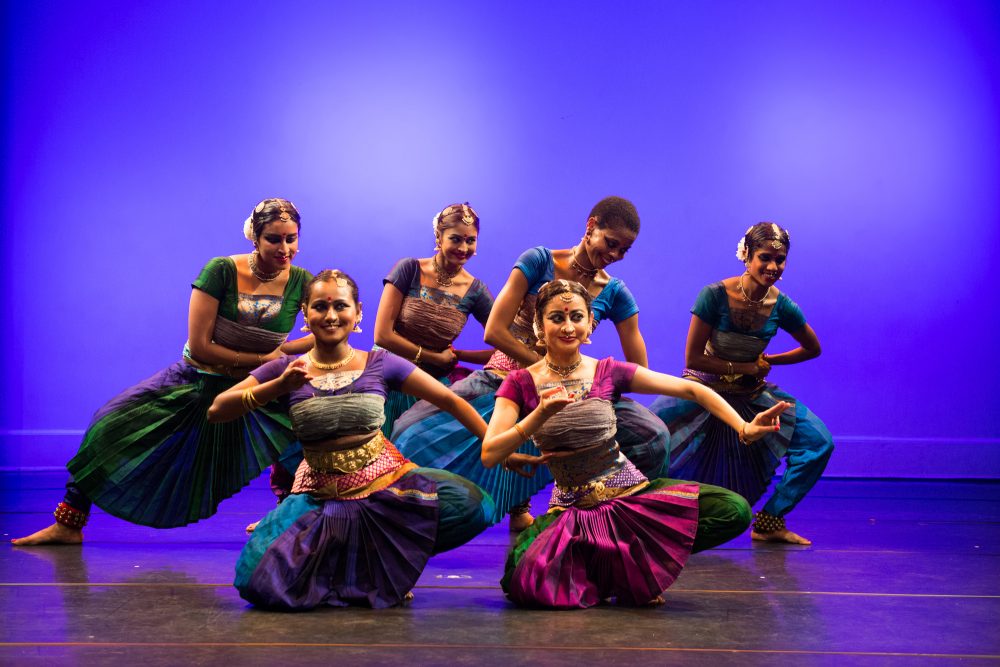 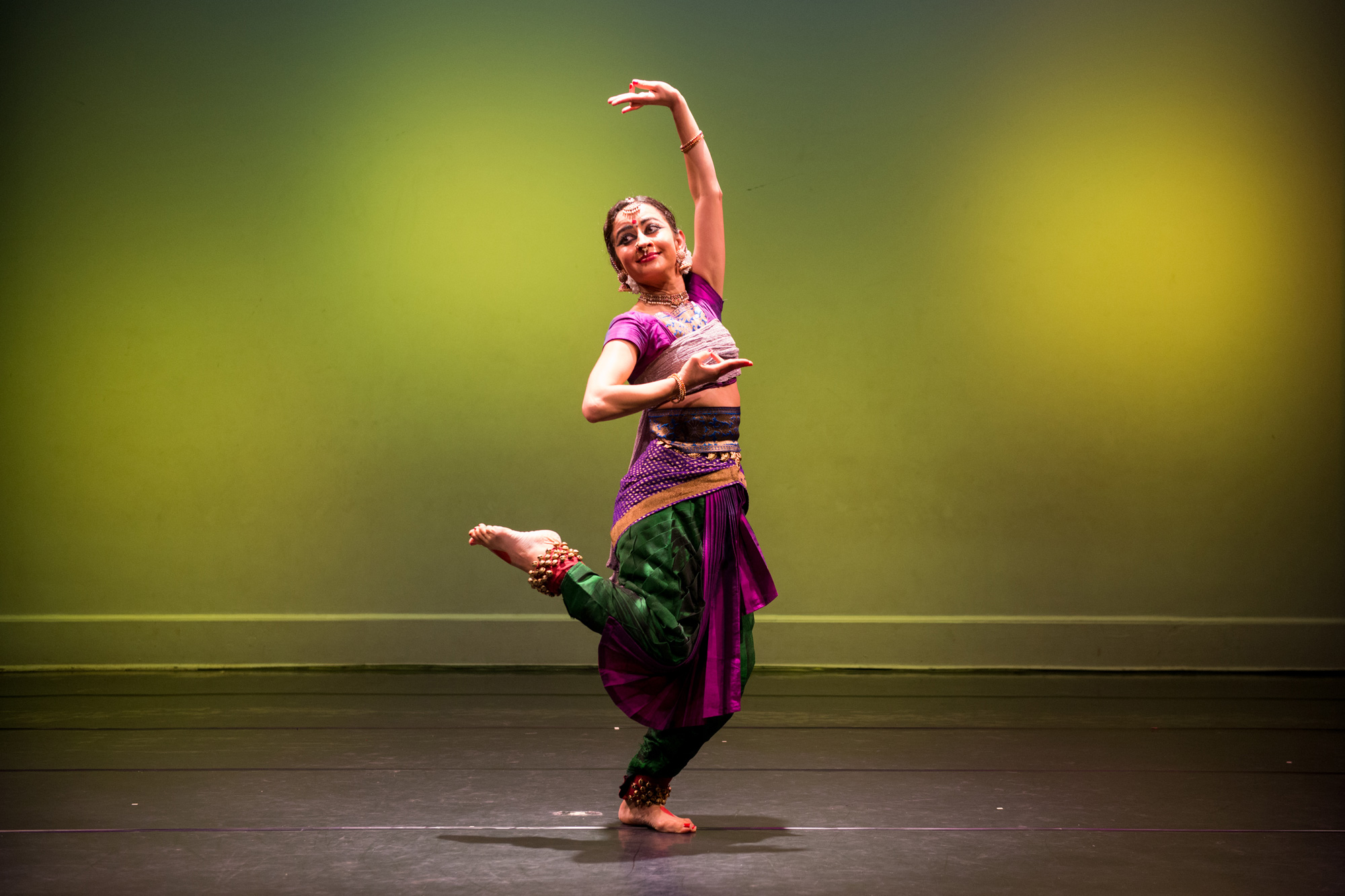